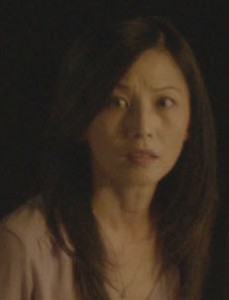 TAMLYN TOMITA (Lauren Lee) made her screen debut as Kumiko in The Karate Kid, Part II with Ralph Macchio and Pat “Noriyuki” Morita and has since appeared in numerous feature films, television, and theatre projects. She is perhaps best known for her roles as Waverly in Wayne Wang’s The Joy Luck Club and as Kana, a Hawaiian plantation worker in the early 1900’s in Kayo Hatta’s Picture Bride. Tamlyn starred opposite Dennis Quaid in Alan Parker’s Come See the Paradise, a film exploring the lives of a Japanese-American family and the internment of Japanese-Americans during World War II. On television, Tamlyn has had recurring roles on “Law and Order: Los Angeles,” “24,” “The Mentalist,” “Will and Grace,” “Babylon 5,” “Glee,” and “Teen Wolf.” Tamlyn has also appeared in several stage productions, including “Winter Crane” (Fountain Theatre) for which she received a Drama-Logue Award. 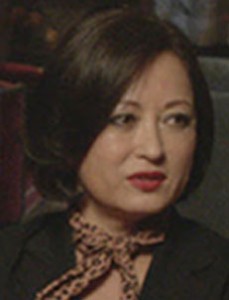 JULIA NICKSON (Kat) first came to the attention of audiences in Rambo: First Blood Part II. While attending the University of Hawaii, Julia was a model in Honolulu. There she appeared in “The Winter’s Tale” and was cast in “Magnum, P.I.” and starred with Charlton Heston in Genghis Khan. Julia has guest starred in “SeaQuest 2032,” to “Star Trek” series: “The Next Generation” and “Deep Space Nine” and continuing the sci-fi theme, “Babylon 5.” Other television roles include “Walker, Texas Ranger”, “Around the World in 80 Days” and “Noble House.” She starred in China Cry, K2, and appeared with Chuck Norris in Sidekicks along with Mako. She has played key roles in independent Asian American films Ethan Mao and Half-Life. 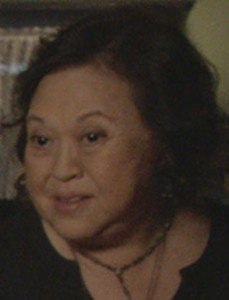 AMY HILL (Cherie) is an iconic comedic actress who has had notable roles in films such as Big Fat Liar, The Cat in the Hat, Let’s Go to Prison, Next Friday and 50 First Dates. Some of her notable television credits include “Grey’s Anatomy,” “The Office,” “Desperate Housewives,” “Friends” and “Seinfeld.” She might best be remembered for her groundbreaking role as Grandma in “All-American Girl” with Margaret Cho. Amy’s voice work includes “King of the Hill”, Lilo & Stitch, “Jackie Chan Adventures,” and “American Dad” as well as Nickelodeon’s hit animated series “Kung Fu Panda.” She recently had a recurring role in the acclaimed HBO series, “Enlightened” which starred Laura Dern. 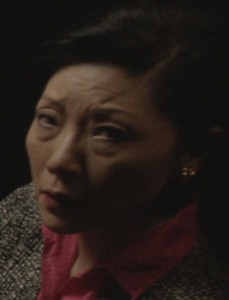 ELIZABETH SUNG (Anna) was born and raised in Hong Kong, and is fluent in Cantonese and Mandarin. She holds a BFA in Dance from The Juilliard School and was a member of The Alvin Ailey Dance Company. Elizabeth studied acting with Sanford Meisner and Milton Katselas. She was in the Directing Workshop for Women at the American Film Institute where she made her first award winning film, Requiem (1996). Her graduate thesis film, The Water Ghost (1998), earned Elizabeth an MFA in directing from the AFI. She has appeared in numerous motion pictures and TV shows from Memoirs of a Geisha to The Joy Luck Club. 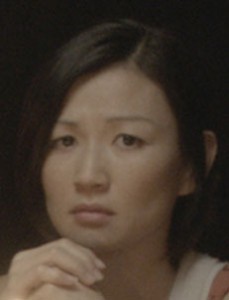 MICHELLE KRUSIEC (Young Lauren) has a reputation as an actor who lives within her ability to move seamlessly between comedy and drama. Her countless roles in film (Nixon, Saving Face, What Happens in Vegas, Sweet Home Alabama), television (“General Hospital”, “Nice Girls Crew”) and stage span from quirky characters to documentaries like Nanking, in which she portrays a WWII survivor. With each successive role, Krusiec shines in her versatility and artistry. As a writer, she is best known for her critically acclaimed solo show, Made in Taiwan, which premiered at the Aspen Comedy festival, the first annual Asian American Theater festival and the New York Fringe and Fringe Encores. 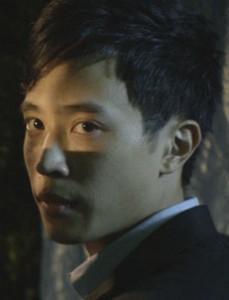 HAYDEN SZETO (Derek) is an up-and-coming actor who graduated from the Acting Conservatory Program at The New York Film Academy and further trained the Ivana Chubbuck Studio.  Hayden has a family lineage of famous artists in China from painters, sculptors, martial artists, poets and photographers; He is the first actor of his bloodline.   Upon graduating from NYFA in 2011, Hayden has had over thirty commercial and national commercial credits. In 2014, Hayden was cast a lead in Paramount Insurge’s Original series, “Chop Shop” Directed by Elliott Lester (Blitz, Nightingale), where he played a young car thief, Monkey, and stars opposite Robert Patrick (Terminator 2). 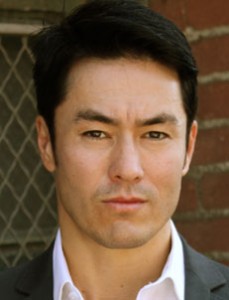 JASON YEE (Young Jake) is an actor who made a career change from being a professional martial artist. Jason was inducted into Inside Kungfu Magazine’s Hall of Fame for being a San-Shou Kickboxing and Wu Shu National Champion and he was also the US National San-Shou Team coach. Jason owned a kickboxing gym in his hometown of Boston while attending film school. He wrote, directed, produced and starred in his first feature Dark Assassin, which won critical acclaim on the festival circuit. His second feature The Girl from the Naked Eye earned him a Best Actor nomination at The Hoboken International Film Festival and had a limited theatrical release in AMC theaters. Jason has appeared in pilots for Nickelodeon, TNT and in several films. He is managed by legendary Hong Kong producer Terence Chang’s ATN Talent and is currently in development on several feature projects. 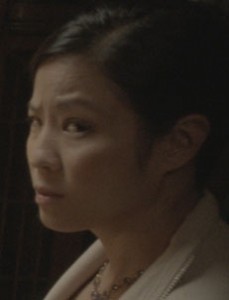 KARIN ANNA CHEUNG (Young Anna) is an actress, artist, and musician graduated from Cal State Northridge with a degree in art and studied acting with Glen Chin at East West Players in Los Angeles. Karin made her breakout acting debut in Justin Lin’s Better Luck Tomorrow as the female lead. Roger Ebert of the Chicago Sun Times has written that Karin is “a gifted Asian American actor.” Better Luck Tomorrow premiered at Sundance Film Festival in 2002 and screened at festivals across the country including Toronto, but it was when MTV Films purchased it that Karin became known to everyone world wide. A California native, Karin is a multi-talented performer and artist who has variously expressed her creative vision through songwriting, live musical performances, photography, and art. Her artwork has been shown in various galleries in and around Los Angeles and she has both performed and recorded extensively as a vocalist, songwriter, and musician. Karin’s last major film project was a romantic-comedy feature called The People I’ve Slept With with director Quentin Lee. The film premiered at Hawaii International Film Festival and San Diego Asian American Film Festival, was featured at Taiwan’s Golden Horse Film Festival, and garnered much critical acclaim. 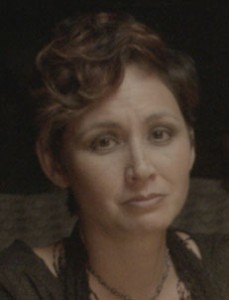 KIMBERLY ROSE-WOLTER (Young Rachel) is a hyphenate not just in name. She is a writer, actor and producer. Wolter wrote and starred in Hawaii set comedy, 4 Wedding Planners with Illeana Douglas & Sung Kang. Her first film, wearing multiple hats, TRE won Special Jury Prize at San Francisco International Asian American Film Festival and was nominated for The Maverick Award and Wolter for Best Actress at The Method Festival. Wolter also co-founded and was Artistic Director of critically acclaimed LA based, VS. Theatre Company for 6 seasons. Other credits include Soul Surfer, Strangers, Turistas, and Charlotte Sometimes. 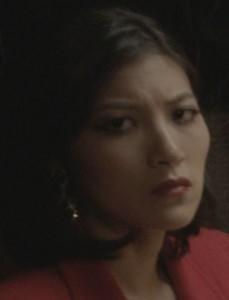 AKEMI LOOK (Young Kat) made her television debut on the HBO series How to Make it In America as Katie Tamako. She recently starred in the short film Woman in Fragments, which premiered at the Cannes Film Festival and has been garnering awards and critical acclaim at film festivals in the U.S. and China.  Akemi also stars in the upcoming martial arts/fantasy series Love, Work and Other Demons, which will premiere this coming year.