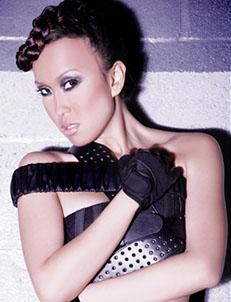 From a young age, BAIYU has been forging her musical path.  Female icons Mariah Carey and Whitney Houston captivated her, and the emotion and power from these soulful divas sparked a newfound romance in Baiyu for vocal performance. As a model and actress, she has worked with Seventeen Magazine, appeared in multiple independent films, and was a host for MTVu’s hit show “The Freshmen” for three years. As a singer/songwriter, Baiyu’s music videos are on rotation on MTV Networks and her story told on SoulTrain; as a fresh face on television Baiyu speaks for her generation as a VJ for mtvU and host on MYX TV; as a young fashionista, Baiyu has graced the pages of PYNK magazine and taken the world on a tour of Fashion Week through the lens of Papercut Magazine. Having released two EPs and one full length project independently, Baiyu has her heart set on connecting even more deeply with her fan base via her latest music project Ayahuasca. 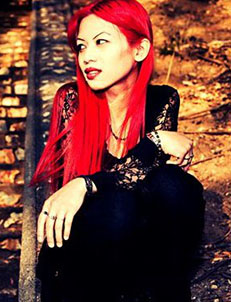 THE DREAM CORPORATION is a solo music project by Vivien Le, hailing from southern California. A little dark, apocalyptic, psychedelic, a dash of classical, and of course, dreamy. 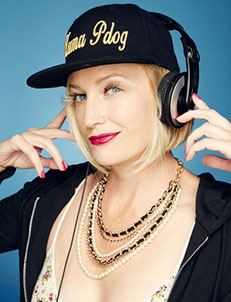 Mama P-Dog started out her music career in the streets of NYC with nothing but a KFC bucket and a dream.  She delighted fans around the world as P-Dog and was just about to land a record deal with Dre when she got knocked up… twice.  Since then she has emerged as Mama P-Dog and has dedicated herself to the plight of parents.  She makes hip hop for housewives and her hysterical music videos can be seen on Funny or Die.  Check it out and holla at me! 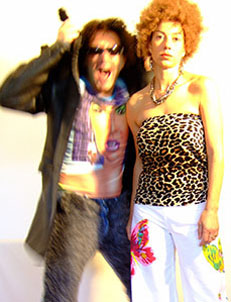 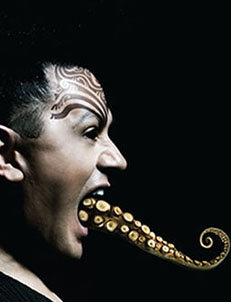 Composer, artist and creative showrunner, MIKA HAKA has entertained His Royal Highness Prince Charles, shocked audiences around the globe in the Oscar-winning film The Piano and is a dance floor icon. In an era of repetitive pop culture, Mika is a rare commodity – a truly original artist., decades of innovative work spanning stage, film, television, fashion and music.

Mika Haka has recorded ten albums in te reo Maori and English and is an APRA (*ASCAP) Maioha Award nominee. He has starred in Three TV series and specials of his own in NZ.

Mika Haka has scored 7 TV series and documentaries, dozens of music videos, and music for at least two features as well as numerous shorts.

The 21st Century Mika Haka is a modern Maori taonga whose artistic achievements stand proudly alongside his philanthropic work as kaitiaki of the Mika Haka Foundation, a charity organisation committed to keeping young New Zealanders active and healthy through physical culture and the performing arts. 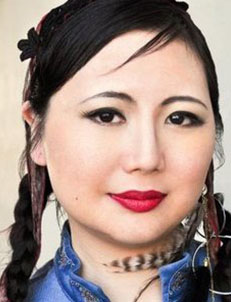 A post-punk, indie music project produced by British guitarist Boz Boorer, the LA Music Examiner describes the voice of SURELY LORRAINE as “reminiscent of the… moody crooning of singers like Kim Gordon of Sonic Youth and the wispy, new wave-inspired choruses of songwriter Jane Siberry.” The debut EP “Tunes of Portugal” is available for stream or purchase on all major online stores and Canterbury Records in Pasadena, California. Surely Lorraine is in the midst of writing and recording a debut album. Please check her out on YouTube and follow her on Twitter, Instagram and Facebook.